Is Death by Suicide a choice? 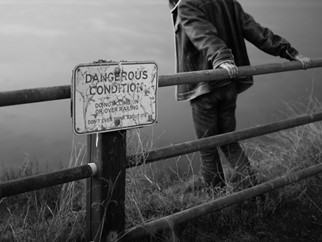 Whether or not death by suicide is a choice is a much-debated question amongst mental health practitioners currently.  Many experts are urging us to refer to “death by” rather than “committed” suicide as the word “commit” has negative connotation and often refers to a crime or a sin. Indeed, the first definition of the word “commit” that came up on my Google search was: “perpetrate or carry out (a mistake, crime, or immoral act).” One argument is that when death by suicide happens, the person is so overcome with despair that they in fact see themselves as having no alternative but to end their life – they do not see themselves as having choice because to go on living is just too bad and unbearable.

Let’s look at the definition of “choice”:  “an act of choosing between two or more possibilities.”  If we want to be completely literal, the act of suicide is a choice in that the person could either continue living or they could die by making an end-of-life plan and executing the plan.  But then can we say that death as a result of obesity is also a choice because the person could adjust their lifestyle and continue living or they could continue with an unhealthy one and die?  Are we all making decisions that could ultimately end our lives prematurely?  Are we all in the process of dying by suicide?

I think a good way of looking at death by suicide is as follows:  The will to live fails just like the heart fails in someone who dies from a heart attack.  It is rarely an impulsive event but rather one that comes at the end of a long period of intense suffering.  I have hardly ever heard of a person waking up one day and deciding that they no longer want to go on living without there being a long history of emotional turmoil.  In support of this, the WHO has reported that in around 90% of deaths by suicide, there is indeed a history of mental illness, most commonly depression.  Sometimes it has not been treated and sometimes it has been treatment-resistant.

We often express shock, denial and surprise when someone dies from suicide with statements such as “I can’t believe it!” or “I had no idea things were that bad!”. However, when we look through the perfect vision of retrospect, we can usually see that that they were suffering intensely, and usually for a long time – it’s just that as human beings we simply never expect people to end the supposedly most precious thing of all – our own life.

You might have heard the saying, “Where there is life, there is hope.”  I don’t think this always holds true.  Think of terminal cancer or motor neuron disease.  Where is the hope with these diagnoses?  The same holds true for someone who has severe clinical depression…the only hope becomes that the suffering will end sooner rather than later.  No-one chooses illness over health, and no-one chooses death over life but stuff happens over which we have no choice.

Unfortunately, there is often guilt experienced by the loved ones of a person that dies by suicide.  For some reason, people think that had they been more this or more that, they could have prevented the end of their loved one’s life.  If you can relate to this, take some comfort in knowing that there is nothing you can have done to prevent it – when a person’s will to live truly fails you have as much control as you would have had if their heart failed.  What you can do however, what we all can do, is be there for people when they are suffering emotional turmoil.  We can learn to better understand what it means to be suffering from a mental illness and with this understanding, we will realise how life-threatening these medical conditions can be.  We need to learn to support people with mental illness as we do those with physical illness and with this support, we can help them to preserve their will to live.

Finally, I don’t believe that we choose to be born or that we choose to die.  We arrive on this earth and we all try to make the most of our opportunities.  When there is no longer any opportunity in our body or in our mind, we die…by some or other means.