Are people with mental illness violent and dangerous? 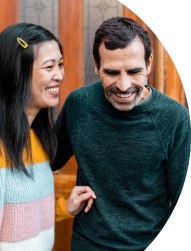 Tania Clarence had four children, the younger three of which were severely disabled with spinal muscular atrophy.  Her older child was unafflicted by this condition.  When her husband and their older child were in South Africa visiting relatives, she smothered the 3 younger children in their beds with teddy bears all around them, and then reportedly tried to end her own life by means of an overdose of painkillers.  She was detained following the incident and openly admitted to killing the 3 children.  The result of the subsequent trial, during which her husband continued to support her, was that she was found guilty of manslaughter, not murder.  She was sentenced to a hospital order, not jail.

There are three issues that I would like to talk about here:

Information that is available on the case indicates that she had been suffering from depression since approximately 2010, around the time of the birth of her second daughter and twin boys.  She was described as being overwhelmed from having to care for three severely disabled children.  It is said that despite the involvement of various social services and attempted interventions, she resisted treatment for major depressive disorder.  At the conclusion of her trial, her Solicitor said that “ultimately her story of dedication and love became a story of despair and utter hopelessness”.  I think it’s fair to say that she suffered from a mental illness in the form of major depressive disorder resulting primarily from trauma and environmental circumstances.  She was not psychotic and there is no evidence to suggest that she has a personality disorder of the antisocial (psychopathic) type.

Based on how she went about the act of killing her 3 children, this was not what would normally be considered to be violent.  It’s as if she did it as gently, almost lovingly, as she could.  This could be likened to a mercy killing.  I am not saying that it was right, just that it was not violent.  She described how hard it was for her to do in a letter to her husband, and I feel confident she was sobbing uncontrollably throughout the acts.

And finally, is she a dangerous person?  My opinion is that what Tania Clarence did was completely associated with the extremely distressing situation that she found herself in, and that this cannot be generalized to her being considered a dangerous person.  I think that the only person in danger is Tania Clarence, as to live with the knowledge of having ended 3 of your 4 children’s lives regardless of the rationale must be very, very difficult.  I am not sure how a person moves on with their life after such an experience no matter how much love and support they have available to them.

So to conclude, people with mental illness are not usually violent and dangerous.  There are of course exceptions to this rule, hence the word “usually”.  People with antisocial personality disorder can be violent and dangerous, and serial killers fall into this category of mental illness.  Sometimes people who are psychotic as a result of schizophrenia, mania or drug-induced illness, can be violent, but this is not the norm.  It has been reported that even psychotic people who hear voices telling them to be violent towards people or inanimate objects are able to resist such instructions.